From about 1950 to mid 1964, Delfina and María de Jesús González (known as Las Poquianchis), lived on a small ranch in Guanajuato, Mexico, 200 miles north of Mexico City, in San Fransisco del Rincon.  This ranch later became known as Rancho El Angel, one of the most infamous and murderous brothels in all of Mexico’s crime history.  Lets back track a bit, and get some details on these women, shall we?

Delfina and Maria were born into poverty, and early on began to fear it with all they had.  Their father was a controlling and abusive man that headed up a vigilante police department in their local town, at times hiding behind his authority as a way to shoot and kill others during heated arguments.  He was feared, and for reason.  As his daughters got older, if they wore makeup or any clothing he didn’t see as ‘fit’, he would lock these two girls in the local jail for days, sometimes weeks at a time.  He was feared by his family and by townspeople alike.

As they came into adulthood, they stuck by each other as their only support systems.  Their fear of poverty led them to open many small businesses in town and even up into the border towns.  They opened small bars, and conducted illegal activities in them, yes, but would bribe authorities to look the other way using their sexual advances and services.  It became only a matter of time before they realized that associating sex, power, and control would be their money maker.

Opening up shop on their main ranch happened roughly in 1950.  They began to recruit girls through want ads, and help wanted word of mouth, for maid and housekeeper positions, promising excellent pay to live in on the ranch.  Women would respond to their advertisement, and if they were deemed pretty enough, or young enough, then the true job would be revealed.  If you were unlucky enough to be young and attractive, you would not see the outside world again.  If a girl would try to run or refuse to work, then she would be killed… after all, she knew too much.  If resistance wasn’t so strong, they would simply break down the resistance by forcing cocaine and heroine use.

Soon that wasn’t enough.  They began to prowl the towns for young, pretty girls.  They would bribe them with promises of money, houses, security, dream jobs…  and if they really wanted a girl to work for them, sometimes they would just save the trouble, and snatch her, never to be seen again.  The younger prettier virgins were saved for later, because “johns” would pay the big bucks for the girls that were untouched.

I’m sure you can imagine that girls were never just politely retired, and sent on their way.  They were killed if they were too damaged from repeated sexual activity, lost their appeal, refused to please customers, or became pregnant.  If it was a prized girl that became pregnant, she would be lucky enough to live (if you can call it that).  She would be hung by her hands, and beat until she successfully miscarried.  The fetus would then be taken to the back of the ranch and MAYBE buried.  Sometimes just dumped.

The girls weren’t the only ones at risk of murder.  If customers came in with an excess amount of cash, they just saved a step, and killed them right there.  When the women were eventually questioned by the police as to how these men were murdered, Delphina simply smiled and said, “The food did not agree with them”.

In 1964, three of the prostitutes managed escape.   It is said that Delfina and Maria were tipped off about the possibility of a raid, but in my opinion the escape* would have been enough for them to flee.  Police planned a raid on their ranch on January 14th, 1964. There they found at least a dozen malnourished and abused women still held captive for work.  These women would point out the areas of the ranch to dig for the others.  At that time, the police found the bodies of 80 women, 11 men, several fetuses and infants.The survivors accused the sisters of dabbling in Satanism and forcing the girls into beastiality for ritualistic purposes. 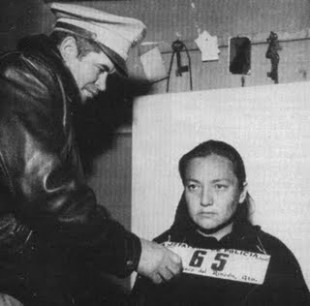 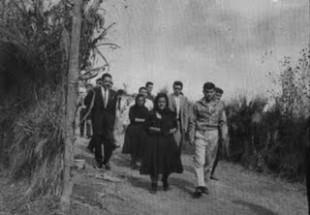 Delfina and Maria were finally captured while trying to sell off their things to flee the country.  They were both sentenced to 40 years in a Mexican prison, each.  A less commonly known fact, two other sisters were involved in this, yes two other sociopathic sisters, Carmen and Maria Luisa.  That’s 4 sociopathic women teamed up together.  That’s never happened before, and lets hope it never happens again.

Delfina died October 17, 1968 after going mad, and having a freak accident in her cell.  Maria de Jesus was the youngest of all four and finished out her sentence and was freed, only to disappear.  Maria Luisa died alone in her cell on November 19, 1984.  Carmen died of cancer in prison.

This was considered a concentration camp in it’s own rite.  In  while clearing land around the ranch for another development, almost 2 miles away, another mass grave was found, with 20 more bodies.  This isn’t over, there will be more.